Nusa Penida is now open for tourists from all over the world. The location is the epitome of beauty and breathtaking views that any tourist will devour. The place also holds mesmerising beaches for travellers. 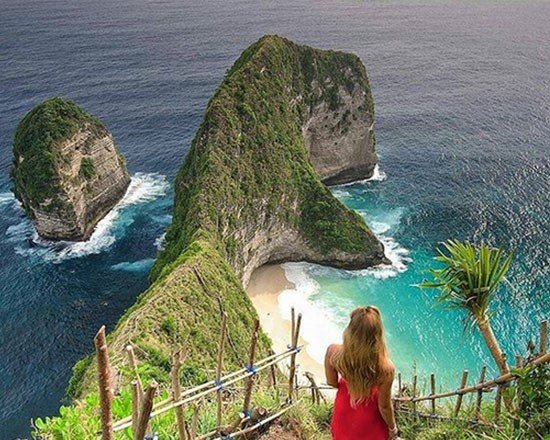 Bali, Indonesia, 20th Dec 2021, ZEXPRWIRE, When people hear about Bali, most people think of the expanse of sand and the soothing sound of the waves. But the beaches and beautiful destinations are not only in Kuta, Seminyak, Canggu and Ubud.

If anyone is interested in the Southeastern area of Bali, they will find Nusa Penida Island. Nusa Penida has become one of the hottest destinations lately. That’s because the photo spots on this island are so pleasing to the eye.

Visiting Bali is incomplete if tourists haven’t gone to the beach. Kuta, Sanur, Jimbaran, Seminyak are some of the beach locations commonly visited by tourists. If travellers want to feel a different sea sensation while on vacation to the Island of the Gods, try to come to the Nusa Penida tour.

Located in the southeast, Nusa Penida is separated from the island of Bali Besar. Its position is squeezed by Bali and Lombok Island, West Nusa Tenggara. Several small islands around Nusa Penida, including Nusa Ceningan Island and Nusa Lembongan. Not only does it offer natural views and beautiful beaches, but this island also has other exciting holiday destinations such as water tourism and underwater beauty.

Nusa Penida comes from the two syllables Nusa and Penida. Nusa means island, while Penida means priest. Until now, the beauty of Nusa Penida has never faded. Besides Crystal Bay, Keliking Beach, Angel Billabong Beach, Bali Nusa Penida Tour has many exciting tourist destinations. Unlike other tourist attractions in Bali, Nusa Penida is also known to foreign countries. Now it has been reopened for international travellers.

Nusa Penida is also known as a spiritual tourism object in Bali. There are many temples there.There is also a type of temple in Nusa Penida, namely Pura Kahyangan. The Tirta Temple also functions as water management, and the Push Temple, which is dedicated to worshipping Vishnu.

To explore some exotic beaches in Nusa Penida, people start with Angels Billabong. The beauty of Angel’s Billabong is undeniable; therefore uniqueness of this tourist attraction has a special place in the hearts of tourists. Angel’s Billabong is a beach with coral forming a corridor. There is seawater in the middle of the coral with gradation colours, namely light blue, dark blue, and turquoise. Angel’s Billabong comes from the word “Angel”, which means angel, and “Billabong”, which means an end of a dead-end river. So it can be interpreted that Angel’s Billabong is a place in the form of the end of a river with beauty like an angel. There is also a famous spot for diving, namely Manta Point. Here visitors can dive and watch Manta fish (the world’s most giant stingray) swim freely with them.

After being satisfied with taking selfies, visitors can go to Klingking Beach. Klingking Beach or Karang Dawa is located in Buga Mekar Village. This beach can be called the icon of Nusa Penida. At Kelingking Beach, a unique curve of rock cliffs resembles the neck of a Tyrannosaurus Rex (T-Rex) jutting into the beach. The cliffs blend perfectly with the small coral, forming a stunning view. People can enjoy the beach with clean white sand at Kelingking beach by descending the stairs, which takes 45 minutes and requires extra energy to climb back up because of the steep contours.

When people hear the word “broken”, something negative comes to their mind. But unlike the name Broken Beach beach in Banjar Sumpang, Bunga Mekar Village is unique and presents a different experience. The title Broken Beach is based on a high cliff with a hole in the middle. Broken Beach is also known as Pantai Pasih Uug, a broken beach. 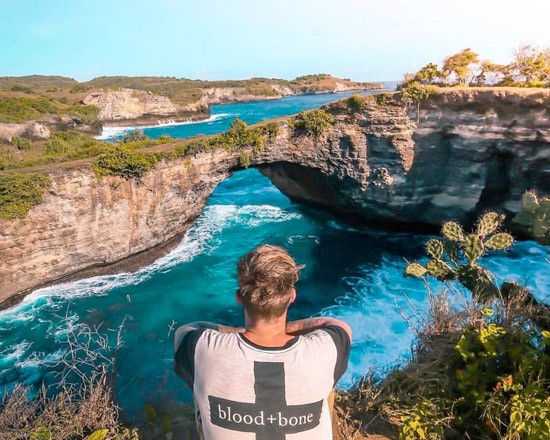 This beach has a cliff height of about 50-200 meters with a hole in the middle, so it looks like a cave flowing with seawater. The seawater trapped in the middle of this cliff looks like a giant pool. The hole in the cliff also adds to the uniqueness of this place because it seems like a bridge.

The post The Unfading Beauty of Nusa Penida in Bali Is Back Open for International Travellers appeared first on Zex PR Wire.